The Great Bell of Dhammazedi is claimed to be the biggest bell in the world. The creation of this bell was ordered by a 15th century king of the Hanthawaddy Kingdom (a state occupying part of modern day Burma / Myanmar) by the name of Dhammazedi.

This bell is recorded to have been lost less than 200 years after it was captured by a European adventurer. The Great Bell of Dhammazedi is believed to be still resting at the bottom of a river (commonly said to be the intersection of the Yangon and Bago Rivers) in Burma / Myanmar. Numerous attempts have been made to located this bell, though none have succeeded yet.

History of the Bell

The story of the Great Bell of Dhammazedi began around the year 1480. About this time, the ruler of the Hanthawaddy Kingdom, King Dhammazedi, is said to have ordered a census of households in his realm. His ministers were over-zealous in their work, and not only recorded the number of households, but apparently taxed them as well. When the king learnt of this, he was not pleased at all. In order to appease their king, the ministers proposed that a bell be made from the copper they had collected from the people. The king seems to have liked the idea, and work commenced.

The Dhammazedi’s ministers collected a total of almost 300 tonnes of copper. In addition to this metal, silver, gold, and tin are said to have been used in the casting of the bell. Additionally, the final product was encrusted with emeralds and sapphires. The bell was donated by the king to the Shwedagon Pagoda (the most sacred Buddhist site in Burma / Myanmar) in Dagon (now known as Yangon), and, according to popular legend, was placed alongside the pagoda.

View of the Great Dagon Pagoda in 1825, from a print after Lieutenant Joseph Moore of Her Majesty’s 89th Regiment, published in a portfolio of 18 views in 1825-1826 lithography. ( Public Domain )

Another account of bell may be found in the writings of a Venetian merchant by the name of Gasparo Balbi, who visited Dagon towards the end of the 16th century. Balbi recorded that whilst exploring the Shwedagon Pagoda, he came across a huge bell inside a hall, rather than outside the pagoda, as popular legend claims. Perhaps the bell was moved into the building at some point of time. Anyway, Balbi’s description is as follows:

“I found in a fair hall a very large bell which we measured, and found to be seven paces and three hand breadths and it is full of letters from the top to the bottom, so near together that one touches the other, but there was no Nation that could understand them.” 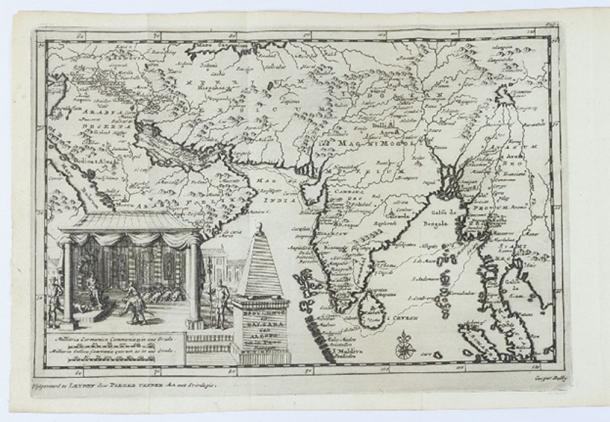 Another European recorded to have come across the bell had a plan of his own for this giant object. A Portuguese adventurer by the name of Filipe de Brito y Nicote had set up a trading post at Syriam (known today as Thanlyin) around the end of the 16th century / the beginning of the 17th century. Taking advantage of the weakening royal power in Burma, the adventurer extended his control across the river, and came to occupy Dagon and the surrounding countryside by 1600. 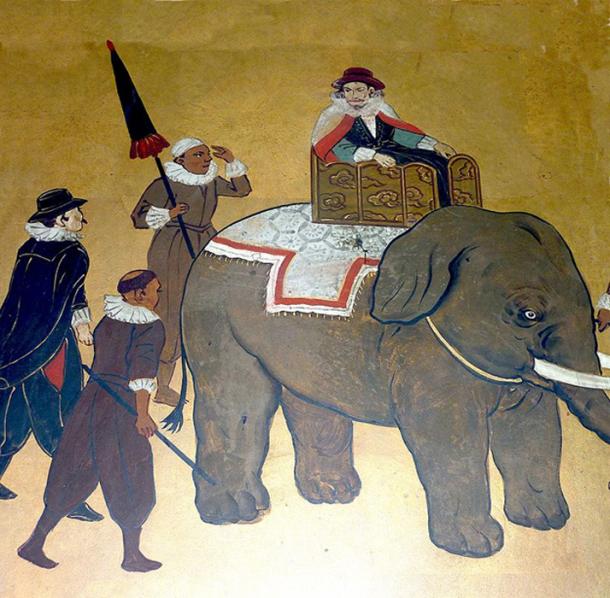 In 1608, de Brito decided to remove the Great Bell of Dhammazedi from the Shwedagon Pagoda. The adventurer intended to bring the bell back to Syriam, where he would melt it, and use the metal to cast cannons for his ships.

De Brito is said to have managed to transport the bell to the Bago River, where it was loaded onto a raft. This raft was lashed to de Brito’s flagship, and began its journey on the river. At the confluence between the Bago and Yangon Rivers, the raft broke up, and the bell sunk to the riverbed.

Although the Great Bell of Dhammazedi has been lost for more than 400 years, it has not been forgotten by the people of Burma / Myanmar. In 2014, it was reported that in the past 25 years, at least seven serious attempts to locate this historical bell were made. For the people of Burma / Myanmar, the bell is regarded as a treasure of their country, as well as the Buddhist faith. Hence, it is likely that efforts to find the lost bell will continue in the future.