Banyan trees are some of the oldest tree species and because of their long life, more often than not, they have been the subject for stories both good and grim. They have been around for centuries, they are gnarly, and is it just me or almost all of them, for some reason, look like wise beings?

India has a special place for these majestic trees. Apart from being religiously important in India, the constantly expanding Banyan trees also represent eternal life. One such tree is why we are here; the iconic Great Banyan, the world’s largest tree.

Estimated to be more than 250 years old, the Great Banyan is a looming figure, towering over everything else at Acharya Jagadish Chandra Bose Indian Botanic Garden in Shibpur, Howrah, Kolkata. The tree alone occupies an area of 4.67 acres!

We all know how banyan trees extend their aerial roots, and they spread and cover a very large area. But is it possible without the main trunk? Looks like it is. The Great Banyan lost its original trunk to disease after being struck by two massive cyclones, and so in 1925, its original trunk had to be removed in order to stop the spread of the disease. That didn’t stop the tree from growing, and grew it did! A total of 3772 aerial roots to be precise.

The present-day botanical garden is actually one single tree, though there are hundreds of other exotic plant species in the park, brought from all over the world. 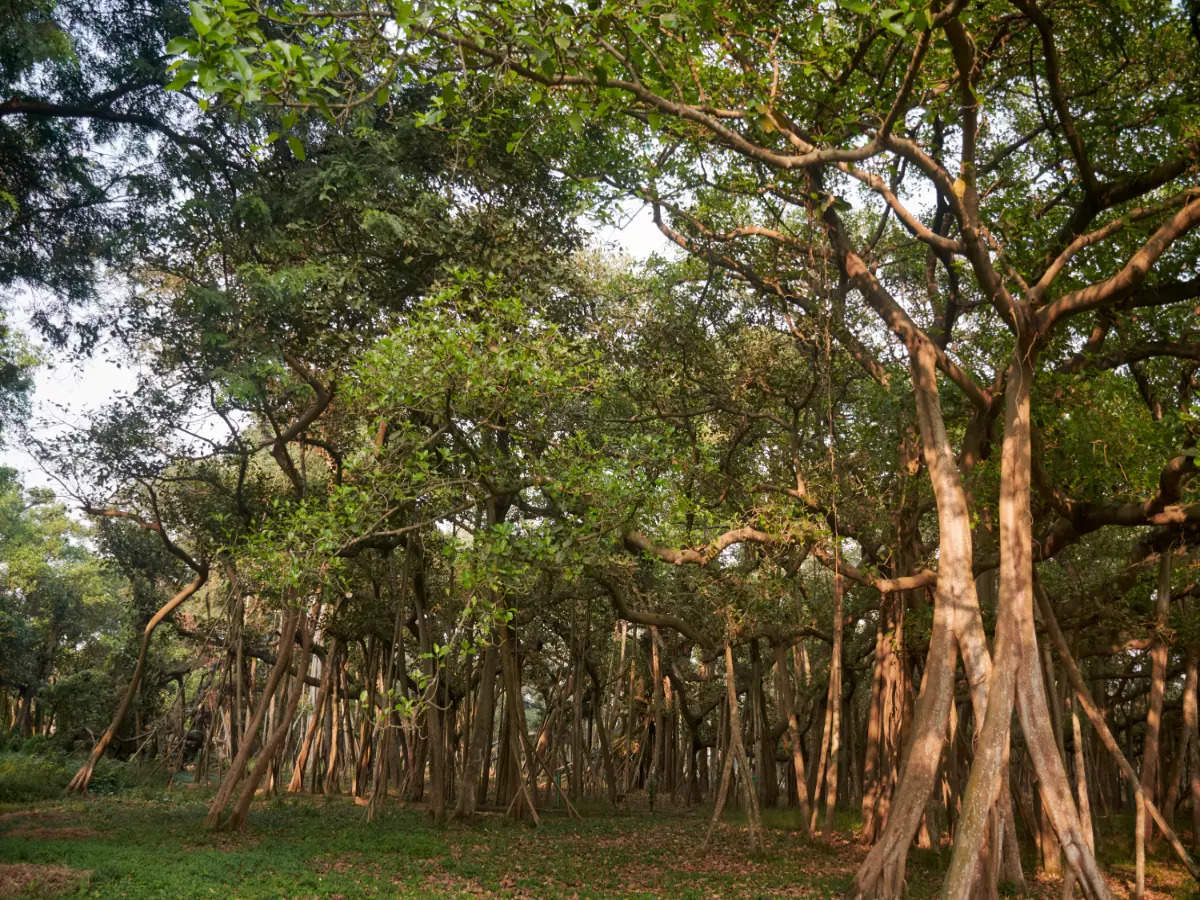 The garden’s history
The garden was not always called Acharya Jagadish Chandra Bose Indian Botanic Garden. The garden was renamed in 2009, and named so in honour of the natural scientist Jagdish Chandra Bose. Back in 1787, Colonel Robert Kyd of the East India Company founded the garden with the sole aim to grow commercially viable plant species such as spices, tea and teak. Little did he know that one day, centuries later, this strangler fig species would go on to become the largest tree in the world.

There is no doubt that the Great Banyan is a special one. A forest that is actually one very large tree is nothing short of a natural wonder.